Did you think that your nominee is the person, who will get all the money legally from your Life Insurance Policy and Mutual funds investments? Ha! That is exactly what you’d think if you aren’t aware of the legal aspects.

We assume a lot of things which sounds like they’re obvious, but are not true from the legal point of view. Today, we’ll concentrate on nominations in financial products. 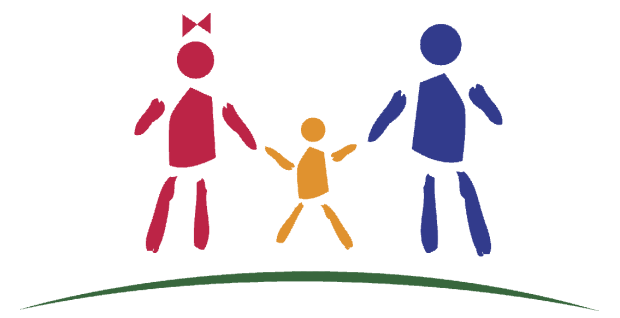 For whom are we earning? For whom are we investing? Who, do we want to leave all our wealth to, in case something happens to us? It might be your children, your spouse, parents, siblings etc., or just a subset of these. You also might want to exclude some people from your list for beneficiaries!.

So you think you will nominate person X in your Insurance policy , and when you are dead and gone, all the money goes to person X and he/she becomes the sole owner? You’re wrong, dude ! It doesn’t work that way.

Let’s see how it actually does!

What is a nominee?

According to law, a nominee is a trustee not the owner of the assets. In other words, he is only a caretaker of your assets. The nominee will only hold your money/asset as a trustee and will be legally bound to transfer it to the legal heirs. For most investments, a legal heir is entitled to the deceased’s assets.

For instance, Section 39 of the Insurance Act says the appointed nominee will be paid, though he may not be the legal heir. The nominee, in turn, is supposed to hold the proceeds in trust and the legal heir can claim the money.

A legal heir will be the one whose is mentioned in the will. However, if a will is not made, then the legal heirs of the assets are decided according to the succession laws, where the structure is predefined on who gets how much. For example, if a man during his lifetime executes a will.

Why is the concept of nominee?

So you might be wondering, if the nominee does not become the sole owner, why does such a concept of “nominee” exist at all? It’s pretty simple. When you die, you want to make sure that the Insurance company, Mutual fund or your shares should at least get out of the companies and go to someone you trust, and who can further help, in process of passing it to your legal heirs.

Otherwise, if a person dies and hasn’t nominated anyone, your legal heirs will have to go through the process of producing all kind of certificates like death certificates, proof of relation etc., not to mention that the whole process is really cumbersome! (For each legal entity! The insurance company, the mutual funds, for the shares, for the real estate..) .

So, to simplify, if a nominee exists, these hassles don’t happen, since the company is bound to transfer all your money or assets to the nominee.The company the goes out of scene & then, it’s between nominee and legal heirs.

Ajay was 58 years old who died recently in an accident. As his children were settled, he wanted to make sure that his wife is the sole owner of all the monetary assets. This includes his insurance policy and mutual funds.

So during his lifetime, he nominated his wife as a nominee in his term insurance policy and mutual funds investments. However, after Ajay’s death things didn’t turn up the way he wanted. The reason being Ajay did not leave a will.

Though his wife was the nominee in all his movable assets, as per the law, his wife, along with children, were the legal heirs and all of them had equal right to Ajay’s assets.

One simple step which could have saved the situation was that Ajay should have made a will which clearly stated that only his wife was entitled to get all the money and not his children.

A policyholder can appoint multiple nominees and can also specify their shares in the policy proceeds. Nomination in life insurance has one limitation, as insurance policies are bought to secure your financial dependents, your first choice of nominee has to be your family members.

In case you want to nominate a non-family member like a friend or third party, you will have to show/PROVE the insurance company that there is some insurable interest for the person. This happens because of a Clause called PRINCIPAL OF INSURABLE INTEREST in insurance.

Note that provision of nomination in life insurance is related to Section 39 of the Insurance Act. Note that as per LIC website

Nomination is a right conferred on the holder of a Policy of Life Assurance on his own life to appoint a person/s to receive policy moneys in the event of the policy becoming a claim by the assured’s death. The Nominee does not get any other benefit except to receive the policy moneys on the death of the Life Assured. A nomination may be changed or cancelled by the life assured whenever he likes without the consent of the Nominee.

Make sure, you have a nominee for your policy for easy settlement of the claim, if you do not have any nominee mentioned in the policy, it can turn out to be a disaster for your dependents to get a claim.

In case of mutual funds, you can nominate up to three people, who can be registered at the time of purchasing the units. While filling in the application form, there is a provision to fill in the nomination details. Even a minor can be a nominee, provided the guardian is specified in the nomination form.

You can also change nomination later by filling up a form which is available on the mutual fund company website. Nomination in mutual funds is at folio level and all units in the folio will be transferred to the nominee(s). If an investor makes a further investment in the same folio, the nomination is applicable to the new units also.

A non-resident Indian can be a nominee, subject to the exchange control regulations in force from time to time.

Watch this video to know what is nomination in Mutual Funds

Quiz for you :). Now you know what a nominee means and who actually gets the money. So if there is a husband H, with wife W and nephew N, and he has nominated his nephew N to be the nominee of his shares in demat account, who will have the legal right to own the shares after husband’s death?

If you answer is wife, you are wrong in this case! In case of stocks, it does not work the usual way, if a will does not exist.

In the verdict, Justice Roshan Dalvi struck down a petition filed by Harsha Nitin Kokate, who was seeking permission to sell some shares held by her late husband. The Court noted that as she was not the nominee, she had no ownership rights over the shares.

Ms KokaThe’s lawyer had argued that as she was the heir of her husband who had died intestate (without a will), she should have ownership rights of the shares, and be able to do anything with them as she wished.

Ms Kokate’s husband had nominated his nephew in favour of the shares. Justice Dalvi however noted that under the provisions of the Companies Act and the Depositories Act, Acts which govern the transfer of shares, the role of a nominee was different.

“A reading of Section 109(A) of the Companies Act and 9.11 of the Depositories Act makes it abundantly clear that the intent of the nomination is to vest the property in the shares which includes the ownership rights thereunder in the nominee upon nomination validly made as per the procedure prescribed, as has been done in this case.”

It means that if you have not written a will, anyone who has been nominated by you for your shares will be the ultimate owner of those stocks, The succession laws on inheritance will not be applicable but in case, you have made a will, that will be the source of truth.

If the subscriber dies and there is no nomination at the time of death, the balance in the account, if it is upto one lakh, will be paid by the Accounts Office to the legal heirs of the deceased on receipt of application in Form G supported with necessary documents without the production of succession certificate. If the balance is more than one lakh, the production of Succession certificate will be necessary. (source)

FD’s also come with nomination facility. While opening a new account, there is a column for nomination in the same form and you should fill it. You can nominate two persons with first and second option. Note that in case you have not done any nomination till now, you should request Form No DA-1 from your Bank which is used to assign a nominee in future. (Examples of ICICI Bank , HDFC Bank ) . In the same way to change/cancel the nomination you need to fill up Form no DA-2. Read about Corporate Fixed Deposits

As per a famous case, A Bench of Justices Aftab Alam and R M Lodha in an order said that the money lying deposited in the account of the original depositor should be distributed among the claimants in accordance with the Succession Act of the respective community and the nominee cannot claim any absolute right over it.

Now you know! Taking Personal finance for granted can be fatal 🙂 Just investing knowledge, isn’t enough to have a great financial life. You also need to be well versed with basic legal aspects and make sure you carry out all due arrangement .

Nomination is one important aspect you should seriously consider, when checking for the financial products you have bought or plan to buy in future. Mistakes in Personal Finance

Its important to make sure that your loved one’s do not face legal issues and only say and think lovely thoughts about you when you are not around, rather than crib & grumble 🙂 . Fix your nominee in all the financial products

427 replies on this article “Who will be the nominee for your financial products? – Concept of nominee with example”