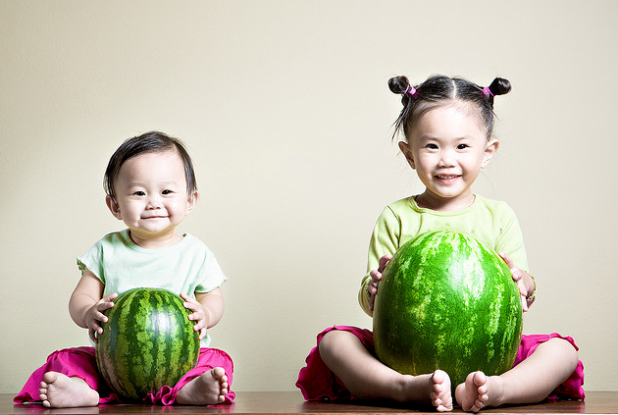 When we say “SIP”, it generally means constant SIP, which does not increase every year. When we calculate SIP amount using any SIP Calculator – the SIP value is generally very high and does not look realistic and at times and such high investment can trigger affordability issue. However there is a clear solution for this, which is used by financial planners and that’s called “Increasing SIP” , where one starts the SIP with a lower amount and then gradually increases them year on year. This looks more realistic as one’s income also increase overtime and ability to invest increases. We see this situation a lot while working with our clients under financial coaching program.

Let me show you the example : Ajay wanted to accumulate 5,00,00,000 (5 crores) for his retirement which is 25 yrs away. When he calculates the SIP amount, it’s coming around Rs 31,000 (assuming 12% returns from equity). Now it’s not possible for Ajay to invest Rs 31,000 every month, as it’s a very high amount. Rather he is fine if he can start with a small amount today and then increase it every year as his income would also increase with time. This is called as Increasing SIP model. If Ajay is ready to increase his SIPs by 10% every year, then he has to start with just Rs. 13,500. This amount is much more convenient for Ajay to arrange, rather than Rs 31,000 per month.

Should you increase SIP amount or not ?

At the first look, a general conclusion which comes into mind is that Increasing SIP is better than Constant SIP because it is much convenient and looks logical that investment should rise as the income increases. But there are different angles through which both the options can be looked at. Let’s look at two important points one by one.

1. Investment required in case of Increasing and Constant SIP

One of the most important factor one can judge both the situation is the amount of investment needed. If we take the above example we just discussed, one would need to start SIP of 31,000 per month to accumulate 5,00,00,000 in 25 yrs assuming 12% return. Now this amount will be constant throughout the all 25 yrs. Where as one can choose to start his SIP with Rs 13,500 and then increase it by 8% per year, but in this increasing SIP model, his SIP amount would reach 50,000 in 18th year and 85,000 in 25th year, which might look very big in numbers, but years from now, it would be worth a small amount considering the purchasing power of money and the annual income one earns. So don’t get surprised by numbers. 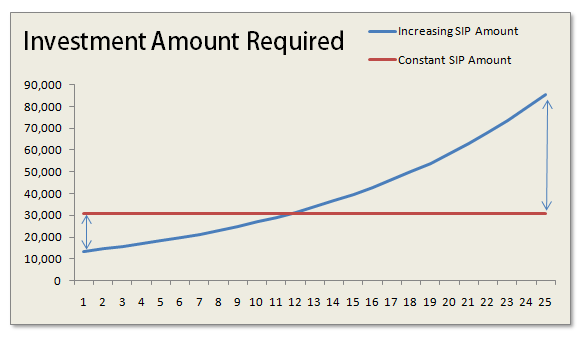 One should opt for increasing SIP, when his situation really does not allow him to invest a big amount and he is very sure that he would be able to increase his investments in tune with his salary increase. Truly speaking I am in favour of Constant SIP if one’s situation permits because that way you are investing more in the start of your life and that would help you keep your SIP in check later on in life. Imagine after many years in life, you have to just invest the same amount where as your Income has risen 3X. Isn’t it a big relief and freedom to do whatever you want from your money at that time. Imagine your salary is Rs 50,000 per month and you do SIP of 10,000 and even after 10 yrs, when your salary has risen to say 1.5 lacs per month and you are still doing SIP of Rs 10,000 only. I would choose to pay a little more today and then get into that kind of situation.

Most of the people who are not able to go for constant SIP, because of high SIP amount is because they are very late in investments and now their goals are near and they have less time for compounding . These people have high expenses already in life. Had they started long back when they started earning they could be in a better situation now. Below is the table which shows the Increasing and Constant SIP amounts required for the example discussed above and shows you the ratio of increasing and constant sip. You can see how it started with 44%, but rose to 203% later after 25 yrs. 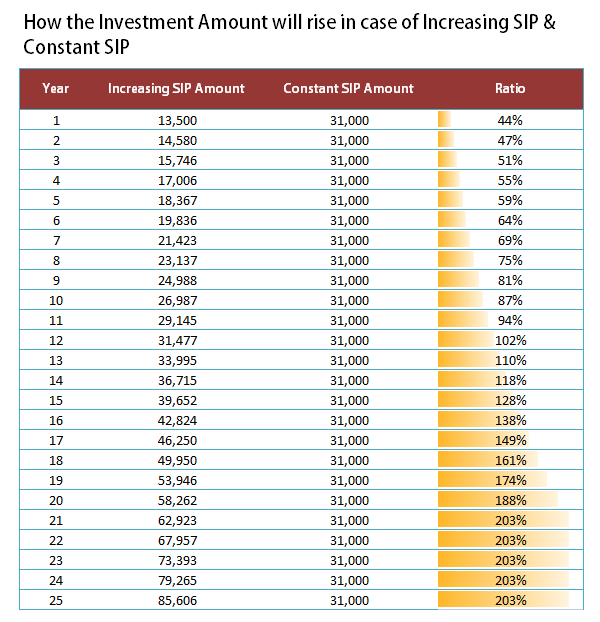 One should start his SIP’s early so that he can keep his SIP’s constant through-out the tenure. If you are late, then your SIP amount will be very high and will look unrealistic and then you will have to increase your Systematic Investment plan (SIP) amount in future if you want to reach the goals.

2. How the corpus will grow in case of Increasing and Constant SIP

The other major thing to look is how your over all corpus would grow in both the cases. Note that in constant SIP and increasing SIP, the final corpus is getting accumulated and they reach the same point at end, but in case of Constant SIP, the overall Corpus is always higher than the increasing SIP and it’s because you are investing higher amount in the start and that way the compounding factor is in your favour. See the chart below which shows, how the gap between the two narrows down at the end of the tenure and both the cases lead to same corpus. 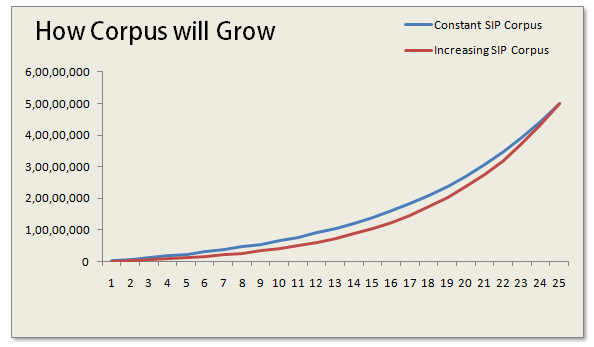 If you look at the table below, you will see that the maximum difference between the two is 36,00,000 in 17-18th year and after that the difference starts coming down (not so clear in table , you need to calculate it) . As you are starting with lower amounts in increasing SIP, the overall corpus is obviously going to be less, but it’s very much above 50% all the time, so if you are saving for long-term, you should be interested in the final corpus. 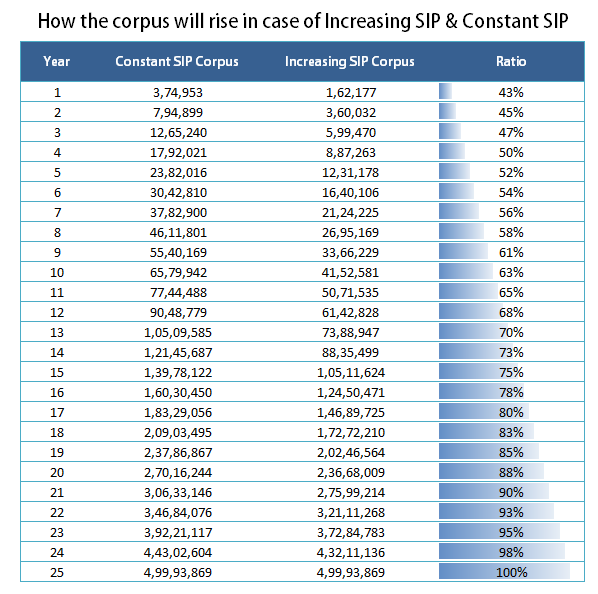 Note that the example and charts above are assuming a 25 yr old tenure and equity returns of 12%. The numbers would change depending on tenure and the equity return, but the overall conclusions discussed above remains same. For a shorter tenure like 4-5 yrs, the constant SIP and increasing SIP won’t differ a lot; it would be a small number.

So the conclusion is that one should keep on increasing their mutual funds SIP amount as and when they can , preferably every year. So are you ready to increase sip amount ?