We have discussed Buying vs Renting in previous articles. This post is not about saying which method is superior. While buying a flat/house is everyone’s dream, there are some very important questions one needs to think about before buying real estate property. Most buyers aren’t putting in enough thought, about some critical points (which they need to). One reason could be that they are far too obsessed with increase in value, are overconfident about the returns they can generate in real estate in long run or probably because these critical points haven’t yet crossed their mind. But if you are thinking about buying real estate, you should be aware of these points… 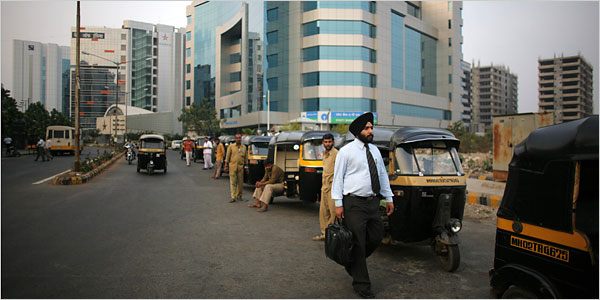 1. What is the Construction Quality of the house & what will be its condition after decades ?

If a property comes from a great builder, does it mean it will be in existence or in great condition after 40-50 yrs? What will be the condition of the building or how much it will be in demand by others at that time?  Most of the buyers think about immediate requirement and may be 10-20 yrs hence. But should your vision be just 10-20 yrs when you are putting such a huge amount in Real estate ?  Also real estate construction is going to continue for next 20-30-40 yrs for sure given the amount of demand in our country . So who all are going to invest/prefer in your house which is 30 yrs old in 2033 ? Will there be a situation when the prices instead of appreciation, actually starts depreciating because of bad condition ? To understand what I am saying just look at some building/flats which are constructed before 20-25 yrs in your city , look at that and ask yourself “At what price are you ready to buy it? , or do you at the hand want to buy it or not?”

How many of us have seen houses which are 50 yrs old today? Not many; houses which are 50+ yrs are a handful. I know when I say this, it’ll cast a pall on the quality of builders in these times. Already there are enough instances where quality construction is compromised and owners do not get the property in the same condition as they were promised! . (Learn some tricks of understanding construction quality here and here )

Another thing which happens is when a person gets a house in possession the house is all well-built, its shining and everything looks perfect. But is a healthy looking person also with high stamina? Can we judge a houses’ stamina and internal strength on how it looks, how jazzy its tiles are and what a wonderful balcony it has? No! . We really need a long time like 30-40 yrs to really have a good insight in how strong a house is. Anything will last first 10-20 yrs . Here is a video which shows how a real estate buyer got his Flat in bad condition from one of the most reputed Builder and not at all in what they were promised . Looking at the video , I don’t think the house will last for more than 30 yrs .

Most of the people keep changing our jobs in starting of their career . An average situation would be that a person changes his job in atleast 3-4 yrs (in the software industry at least). But at the time of buying a property, a lot of people do not think much about this. They make believe that this, is the final job or at least a “long-term job”. Then, once they buy the house, they are almost stuck ( Link ) .

A lot of times, they don’t take risks in career and don’t want to take up another exciting job or a better opportunity in other city or much far place in same city, because of the “Comfort Zone” they have created for themselves.You have to be really clear about this point. A lot of people travel back from abroad to start their new life/business in India and the first thing most of them do is buy a house. I would recommend better get settled properly first, start your new work, make sure the stability is there and then go for commitment of a house. (Read this comment )

Not just from career viewpoint , you also have to think about retirement and the post 50+ age point of view . If you are age 30 today, are you going to work for 30 yrs in Bangalore/Delhi/Mumbai etc and then live in same city to enjoy your retirement? Do you think your retirement life would be wonderful in City of Mumbai or Bangalore? If yes , then go ahead.

But personally I think I will be working in a bigger city and then post retirement. I would like to settle in a smaller city or may be my home town. So if you also think that come coastal region or some smaller town or home town village is your post retirement destination, then not buying a house can be your choice.

You also have to be clear on what kind of life style you want to live in your life, because after you take Home loan , then comes all kind of issues like

The finding of an exclusive CNN-IBN poll on the economy reveals that one out of two Indians is scared of losing the job. The poll, conducted across seven metros, also shows that Mumbaikars are one of the most worried about their job prospects. Link

A lot of people take more risk than they can handle and it leads to traumatized life , which effect health, Strainful life at Home, unejoyable life for many . Though on extreme end, but some cases might also end in Death .

Pune : A 31-year-old man allegedly committed suicide by hanging himself from a ceiling fan at his residence in Indrayaninagar in Bhosari.  The incident came to light only on Wednesday morning.The Bhosari police have identified the deceased as Piyush,alias Kishore Muralidhar Mahajan,of Indrayaninagar,Bhosari.  The Bhosari police said that Mahajan had been disturbed ever since he had lost his job.

He was finding it difficult to pay the monthly instalments for the flat he had recently bought.The police have recovered a suicide note which said he was committing suicide because no one was coming forward to help through his bad times, the police said.

How to Save if you are living on Rent ?

Incase you are not planning to buy the house, you can always invest the money in a way that you can buy it later after some year or at the time of retirement. Long term returns from real-estate have been in range of 10-12%, but even if we take it to be 12-15% , We can invest our money in some equity which can deliver similar returns . You can put money in ETF’s or Index Funds and let your money grow overtime and buy real estate at some later point .

As I said previously, it’s not a buying vs renting debate. It’s all about thinking well in advance about your decision and knowing all the aspects of buying a house. If you are clear about all the points mentioned , then you can go ahead and buy anything.